Block run without the launcher

Some users may try to run the game outside the launcher, to prevent this, you need to configure SGPatcher to check the launch through the launcher.

It is necessary to add the LauncherCheck scene to the BuildSettings. The scene is located in the following path: Assets/SIDGIN/SIDGIN.Patcher/Demo/Scenes/LauncherCheck.unity.

If users try to start the game not through the launcher, they will see the following message: 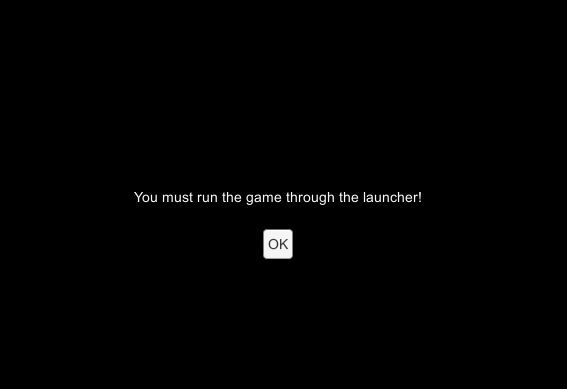 You can also change the standard screen to yours. Add the script ”CheckStartFromLauncher” to any object in the scene.

This script also has a CloseApplication method. Executing this method will close the game.

Export
Back to top